– “The Sign” by Ace of Base has the 90’s written all over it. While the lyrics are not necessarily considered inspiring, the peppy upbeat rhythm of the song can put a smile on my face anytime. For this reason alone, I believe it’s perfect for the 20th spot on this list.

– Sugar Ray is a classic American 90’s band. They formed in 1986 and their most successful singles were what many consider classis 90’s hits. “Fly” was their first number one hit single and even made VH1’s “Greatest Songs of the Nineties”. The funky upbeat lyrics about love and success combined with the reggae infused pop rock sound makes this song a great fit for this list.

– The first of two songs by U2 on this list, this inspiring number was originally released as a benefit single and is used as a theme song for many human rights and social causes around the world.  U2 has been around since 1976. They played their way through the 1980s, 90’s and even 2000’s with numerous successful hit singles. This song is probably considered one of their most well-known and timeless hits.

– Billy Joel’s “River of Dreams” is one of my personal favorites. It always puts a little pep in my step when I hear the music and sing the lyrics. It was an immediate hit when it came out and was even nominated for a Grammy. One can interpret many different inspiring messages from this song, including: following your dreams, finding truth, searching for the meaning to life, and believing in yourself and your faith.

– “Ray of Light” was a hit single coming from Madonna’s critically acclaimed 7th studio album. The album, and the song, influenced the rise of mainstream electronic music. The song has a basic theme of freedom and flying, and the video of city living on high speed is still really cool to watch (and even won a Grammy). Madonna made a big splash in the 90’s and rightfully deserves a place on this list.

– Alanis Morissette has always been one of my favorite artists. Perhaps this is why she has two songs on this list. Although she has also released albums in the 2000’s and 1980’s, she is most well known for her hits in the 90’s. Her album Jagged Little Pill was probably her biggest hit album (and it contains both the songs featured here). “Ironic” has always been a personal favorite of mine; the lyrics create a powerful message about how cruel and wonderful life can be at the same time. The lyrics may not be considered to fall within the definition of the word “ironic”, as used in the literary sense. However, philosophically speaking, the situations described in the lyrics show a true irony of life, which I believe is her message.

-This song can be found on numerous other “top inspirational songs” lists and definitely deserves a place on this list too. It has inspired many and the lyrics are truly great. For it is true, you only get in return what you give in life. This is a hard lesson to learn, especially these days when many feel entitled to get what they want without putting in any real work. “You Get What You Give” is a classic, and will be remembered andsungby many as life goes on.

– One of my favorite songs of all time, “Good Riddance” is the piece I play when one chapter of my life has ended and another is about to begin. It inspires me to move forward, but remember the memories of my past as well. Remember the good times with people I met and cared about, but may never see again, and still look forward to the good times that have yet to come, with people I have yet to meet. This song is considered to be more mellow than the rest of Green Day’s music and, “Band member Mike Dirnt went on to state that the release of this song was probably the ‘most punk’ thing they could have done” (http://en.wikipedia.org/wiki/Good_Riddance_(Time_of_Your_Life)).

– This is a song that I personally believe every English speaking person knows and loves. Every time I see the title, I immediately start humming the song. Every time I hear the words, I immediately start singing along (and so do other people around me). It’s a classic song with powerful and inspiring lyrics. Originally recorded by Johnny Nash, it was covered by many artists, but none as successfully as Jimmy Cliff. He recorded it for the soundtrack to the movie Cool Runnings, when it reached top 20 on the Billboard hot 100.

– This is the second song by Alanis Morisette on this list of inspirational 90’s music. Everyone has their own preference as to which Alanis Moresette song they like better (if they like any at all); But, being a staple of the 90’s, she wrote some pretty inspirational words that took that decade by storm. “You Learn” was successful worldwide. Its basic message is about living and making mistakes and learning and living some more. It’s inspiring to me to keep trying, even when life gets me down, and to keep living and learning and loving.

– Creed was most successful in the 90’s and many consider “Higher” to be their breakthrough hit single. The song was actually written about the power of lucid dreaming but the lyrics are inspirational for awake people too. However, it’s interesting to know “strong enough to take these dreams and make them mine” is a statement applicable to both actual dreams and symbolic dreams.

– “Changes” was released posthumously but originally recorded in 1992. This song touched on a variety of social and cultural issues many faced during this time, and still face today (most notably, the continued problems with racism and police mistreatment). Tupac is arguably one of the best hip hop artists of all time and his music still inspires many today. His words were powerful and his legacy will live on through them.

– “Coming Out of the Dark” by Gloria Estevan, although not one of my favorites, rightfully deserves a place in the top ten for its powerful lyrics of love. This song can be found on many other inspirational 90’s music lists, and she truly does scream inspiration with her beautiful voice and lyrics.

– Mariah Carey is another artist featured more than once here. After all, her talented voice combined with some powerful songs make for an inspiring artist. “Hero”reached top five on the charts in numerous countries and is still one of her most popular songs today, and with good reason. The lyrics speak of believing in yourself, following your dreams, finding courage within yourself, and being your own hero. The message is strong, and one that has inspired many with doubt (including myself).

– Recorded in the 90’s but released as the first single from their 2000 album, “Beautiful Day” was critically acclaimed and even won three Grammy awards. The message is about finding beauty in what you have, even when things aren’t going right. Be present in this moment and see the beauty that’s in front of you. “Lead vocalist Bono explained that the upbeat track is about losing everything but still finding joy in what one has” (http://en.wikipedia.org/wiki/Beautiful_Day).

– This is Mariah Carey’s second song on my list of inspirational 90’s hits. She and Whitney Houston performed this for the Disney movie Prince of Egypt (the story of Moses, a Prince of Egypt with a Hebrew identity and a BIG destiny of leading his people to freedom). The movie is inspiring, and the song makes a perfect complement to the powerful message it carries. Both movie and song send a message of believing in miracles and dreams, even the ones that seem impossible. Just believe.

– “You Gotta Be” is my favorite, and probably the most well-known, song by De’ree. The lyrics speak to living life the best way you can and being the best person you can be. “’You Gotta Be’ according to Des’ree is, like all the songs on its parent album, ‘about having the inner strength to figure out who you are’” (http://en.wikipedia.org/wiki/You_Gotta_Be).  I remember singing this song as kid, lyrics already memorized, and dancing around my living room to the possibilities of my life.

– Michael Jackson is known as the king of pop for a reason. He made incredible music, and smoothly danced his way through hit after hit to become one of the most well-known names in music history. He sang quite a few inspirational songs (many of them in the 1980’s and thus obsolete from this list) and became an icon that people still love in his death. “Heal the World” is known world-wide and even inspired the creation of the Heal The World Foundation, which is dedicated to helping children live better lives. It’s one of my favorite inspirational songs and still gives me goose-bumps whenever I hear it.

– Perhaps I have a secret bias towards this song because I performed it in sign language at my fifth grade D.A.R.E. assembly; but “It’s My Life” has always struck a chord with me. Although the song was actually released in 2000, it was recorded in 1999 and is still considered a staple 90’s song by most. That being said, I knew this song belonged near the tippy top of this list. Considering its inspirational lyrics, the fact that it was a number 1 hit in numerous countries, and that many people still know and love this song today, I think “It’s My Life” definitely deserves the number two spot.

– When someone thinks of 90’s inspirational music, “I Believe I Can Fly” always comes up. This song screams 90’s and everyone I know likes it (everyone from my mother to my best friend’s boyfriend, to my roommates in San Francisco and Reno). Its message is about believing in yourself and your dreams, no matter how high they are. All of these reasons are why R-Kelly’s “I Believe I can Fly” is number 1 on this list. Not only does everyone I know like the song, but everyone can sing it on cue as well. It’s easy to remember, it’s powerful, and it has true nostalgic value for my 90’s childhood. What a classic!

Don’t agree with my list? Maybe I got the songs right, but the order wrong. Maybe I forgot a classic inspirational song released in the 90’s. After all, I can’t possibly know every song that was released in that awesome decade!

Let me know what you think in the comments below. 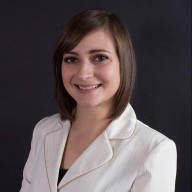 My name is Katie Rose Waechter. My passions in life are poetry and psychology. This website is meant to inspire others to be the change they want to see in the world.